Home
/
About Us
/
History

JAYDO has been delivering quality infrastructure since it was founded in 1968. Co-founder John de Haan (Jan) migrated from the Netherlands to Australia in 1959. After nine years as an employee of other companies, Jan made the decision to start his own. This company named “Jan Excavations” rapidly established itself in the industry with early construction projects still visible today such as bluestone lining along the Yarra. Jan Excavations started out with one dragline – a 22 Ruston Bucyrus or 22RB.

The company grew steadily over the next 15 years, the number of 22RBs grew until Jan owned and operated five magnificent machines. The 22RBs weren’t the only thing growing in his life; Jan became the proud father of two girls and four boys. Jan’s eldest sons, Dirk and Peter took a keen interest in the amazing pieces of machinery and it seemed to be in the blood when it came to operating plant and machinery. 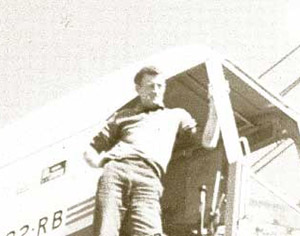 JAYDO expanded their operations into pipeline construction. The first major pipeline project was the installation of 14 kilometres of storm water drainage at the Alcoa site in Portland. This project was just the beginning of a new direction for JAYDO, and delivering quality pipeline projects has since become a company speciality.

By 1989, Jan handed the reins over to his two sons, Dirk (Managing Director) and Peter (Director), who continued to grow and develop the pipeline business. The late 1980s proved to be a unique time for JAYDO, it cemented the business as an industry leader when the recession hit hardest, the quality of work along with the contracts they had formed through Water Authorities and Councils ensured JAYDO was sought after as a preferred constructor.

In 1995, with the economy gearing up again, JAYDO  secured the largest drainage project in Melbourne for 50 years – the Parkers Road Main Drain – with an approximate value of $10 million.